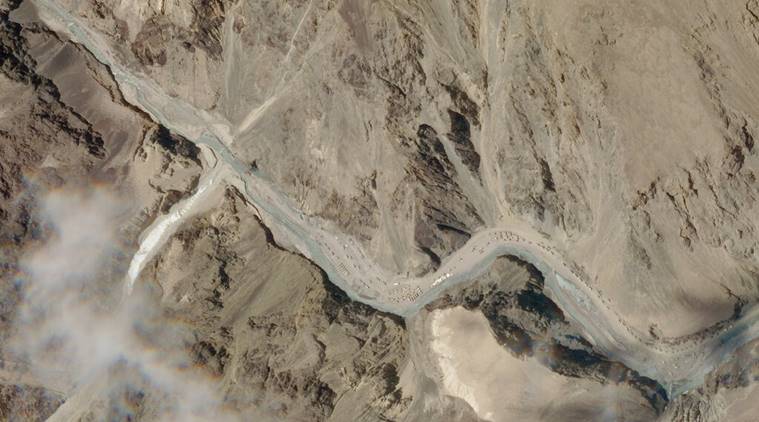 These are difficult times for the world as we are dealing with an unprecedented challenge in the form of coronavirus which has so far infected over 8.5 million people and killed about 4.5 lakh people worldwide. Yet, the country where this virus originated from – China, instead of being apologetic for its inhumane, unregulated animal markets & working to solve the same, continues to violate the Line of Actual Control (LAC).

What first started off as mere construction activities (250 Chinese soldiers were spotted pitching tents near Demchok in eastern Ladakh in April) turned violent when about 20 Indian soldiers were martyred in Galwan on 15th June.

China is worldwide known as an expansionist regime and its hyper activeness in the South China Sea also violates the United Nations Convention for the Law of the Sea (UNCLOS). As per the exclusive economic zone (EEZ), a sea zone prescribed by the 1982 UNCLOS, countries with access to international waters can access about 200 nautical miles for exploration and use of marine resources, including energy production from water and wind. However, China rejects it and claims 100% exclusive rights on the South China Sea and has already built artificial islands and also has a Naval base there.

Interestingly, China has been aggressive against Hong Kong, Taiwan as well and recently it has turned its attention towards Ladakh. China which has already illegally occupied Aksai Chin and has built G219 highway connecting Xinjiang to Tibet & BRI connecting with Pakistan is now claiming rights over an area where Shyok and Galwan rivers confluence.

India, though initially warned and respected 1996 agreement, whereas according to Article VI, “Neither side shall open fire, cause bio-degradation, use hazardous chemicals, conduct blast operations or hunt with guns or explosives within two kilometres from the line of actual control,” recently called out on its neighbour.

Colonel Santosh Babu, 37, the Indian Army officer, among the 20 Soldiers who were killed in a violent clash with Chinese troops in eastern Ladakh pointed this out to PLA troops. He destroyed the illegal tents built by the Chinese Army and orchestrated our country’s sovereignty. After which, he was beaten to death with sticks and some Army men were also thrown into the river.

It was illogical for the former Indian Prime Minister Jawahar Lal Nehru to trust the Chinese leadership and give a call for Hindi-Chini Bhai Bhai. China has taken over Tibet, constantly humbles Hong Kong and Taiwan, had a scuffle with Vietnamese fishermen near Paracel Islands in the South China Sea and always objects to Indian leadership visits to Arunachal Pradesh (claims NEFA to be its territory) and we have already witnessed the 1962 War.

Although, there has not been a single bullet fired between the two countries since 1975 China’s aggressiveness with regards to territory can’t be overlooked. It is right for Indian leadership to boycott Chinese goods and maintain its stand at Galwan. Even as India fights the deadly Coronavirus, it can’t submit to such expansionism and punish everyone who questions its sovereignty.