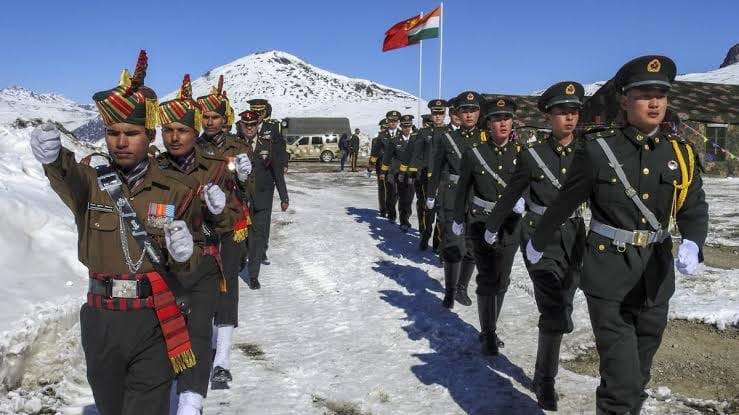 It’s been two years since the end of the Doklam standoff. Once again China has been trying to forcefully and illegally enter Indian territory, crossing the line of actual control (LAC). As per the recent reports available, China has moved almost 6,000 soldiers around the western sector of the LAC — Ladakh. In response, India has also deployed equal numbers of high altitude warfare troops of the Army into the region.

The aggressive policy of China towards its neighbours is not hidden anymore. Taiwan, Japan, South Korea, and India, amongst others face the heat from the Communist State, every now and then. Along with the recent standoff with India at the eastern Ladakh, China is also turning aggressive towards invading Taiwan. However, engaging with India at contemporary times can prove to be a catastrophe for the dragon.

Even before the outbreak of coronavirus, China was witnessing a gradual decline in economic growth. The spread of the deadly virus in December 2019 in China has halted the manufacturing in the majority of the regions, leaving the global supply chain shattered. This made global companies realize that they must balance their manufacturing dependency on China. Hence, several of them already announced the moving of their manufacturing units to India.

India, on the other hand, has already entered phase 5 of the lockdown giving relaxations to perform several activities. The earlier phases of nationwide lockdown have put a halt on almost every economic activity, slowing down the economy drastically. To rescue the nation amidst such crises, PM Modi announced a 20 lakh crore stimulus package under the Atma-nirbhar Bharat Abhiyan (Self-reliant India Scheme). Along with it, the Prime Minister has asked the nation to become vocal for local to support small businesses.

The recent India-China standoff has resulted in the creation of the equivocal voice of the nation — to boycott Chinese goods and services. Consequently, millions of people have uninstalled China made apps and have started to boycott buying goods made in China. Celebrities, politicians, and netizens — all have come together to raise their voices in favor of punishing China economically.

The world has already been demanding to investigate the knowhow of the spread of coronavirus that began in Wuhan, China. Nations such as Australia have been demanding an international investigation into the origin of Covid-19. Moreover, the Chinese aggressive actions at the South China Sea such as the sinking of the Vietnamese fishing boat and setting up new administrative districts at the disputed islands of Paracel and Spratly have raised an alarm in the region. The recent announcement by the US to invite India to the G7 summit is considered to neutralize the influence of China by the US at the world level.

These are the ripe conditions where India can easily take over the dragon economically by presenting the country as not only an alternative to China but also as the better option. Furthermore, the world is witnessing India as a global power not only economically but politically as well. The country is also witnessing a strong leadership at the Centre with the unmatched confidence of the population. Hence, this time, without going for war, India will have to defeat not radically but gradually. Ending the injustice done by an evil power not only to its neighbours but the world as well.