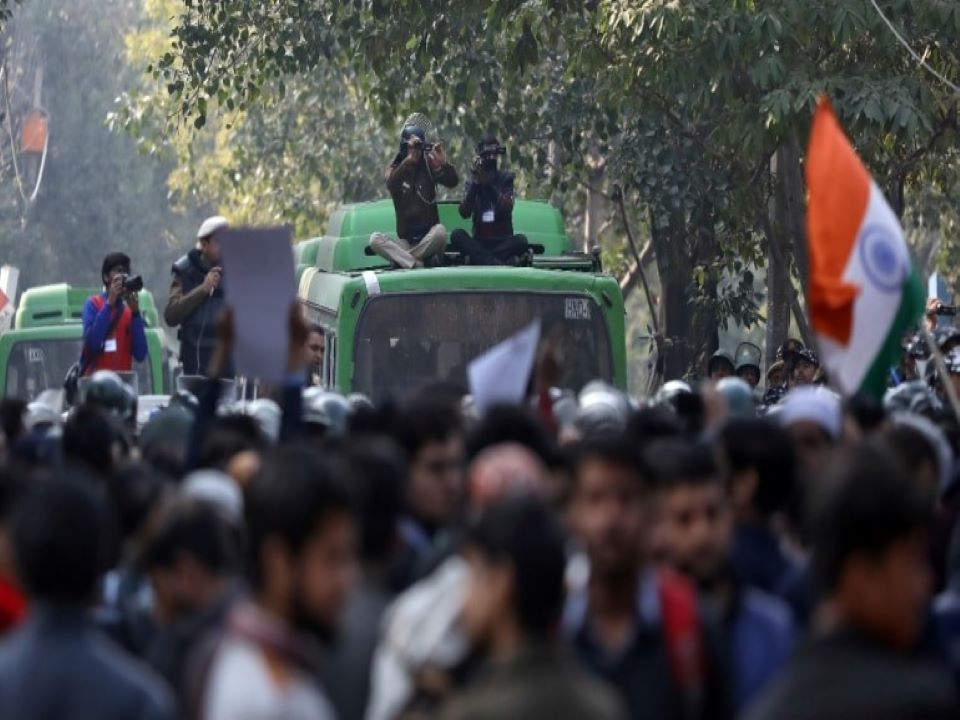 Delhi and Uttar Pradesh have remained the hotbeds when it comes to anti-CAA protests. Recently, many parts of Uttar Pradesh and Delhi witnessed violent protests which resulted in the loss of a number of invaluable life and property. In a bid to identify the culprits of violence, the Police departments of both the states have used facial recognition intensively.

Delhi Police and Uttar Pradesh Police arrested thousands of protestors that turned violent. Although both the states refused to public the number of arrests made using the facial recognition technology. A number of privacy advocates and activists have their reservation about the technology as they fear miss-use of facial recognition by the state authorities against the dissenters.

During the protests in Delhi, the state police were seen filming the protests. The recorded footages were then run through the Automated Facial Recognition System (AFRS) to identify the alleged miscreants.

While commenting upon the issues in relation to technology, Deputy Commissioner of Police, Delhi Crime Records Office, said, “We don’t have any protesters data, nor do we plan to store it.” On the other hand, the Uttar Pradesh Police officials denied commenting on the use of facial recognition during the anti-CAA violent protests.

On Wednesday, the Union Home Minister Amit Shah told the Lok Sabha that the law enforcement agencies have identified more than 1,100 individuals that were allegedly involved in the recent violence that happened in Delhi and Uttar Pradesh in the backdrop of anti-CAA protests. He also added, “The arrest will be made only in cases where is hard evidence against a person,”

Recently, Delhi witnessed one of the deadly riots in the history of Independent India where over 50 people lost their lives. During the riots, a Delhi Police official and an intelligence officer lost their lives. Several security experts believe that it becomes inevitable on the part of the authorities to use the technology so that no criminal could go away unpunished as per the due process of law.

The Central government has already planned to create a nationwide database –National Automated Facial Recognition System. As per the report published by the National Crime Record Bureau, the system will help match images captured by CCTVs with existing databases.

There have been mixed reactions amongst the people on the issue of facial recognition system being used by the state authorities for surveillance. Some people have been expressing their views on different social media platforms in favour of the technology while others have raised concerns over the misuse of facial recognition system in the background of breaching the right to personal liberty of an individual.

Securing the fences: All about technology and its alignment with the fragile Indian borders