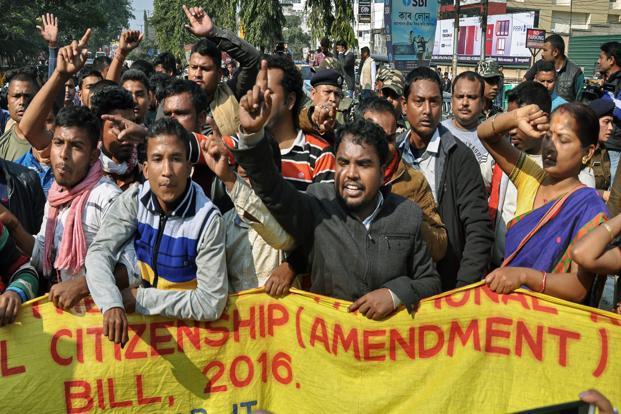 Recently, India amended the Citizenship Act of 1955 through an amendment act in the Parliament. The legislation is called Citizenship (Amendment) Act, 2019 and it provides a way to the Government of India to grant Indian citizenship for the religious minorities facing persecution in their home Muslim-majority nations of Pakistan, Bangladesh and Afghanistan. The provisions of the Act provides to grant citizenship to the people belonging to Sikh, Buddhist, Hindu, Jain, Christian and Parsi communities.

Following the passage of the Act, the nation witnessed protests across the country. Some of them even turned violent, leaving several dead and public property worth crores destroyed. The opposition has accused the Act of being discriminatory as it excludes the Muslim community out of the question of granting Indian citizenship. National Register of Citizens added fuel to the fire, as some fear that the act will render many Indian Muslims stateless.

What the government claims?

While discussing the Citizenship Amendment Bill (now Act), the Union Minister for Home Affairs –Amit Shah stated that the bill is presented in the light of Liaquat-Nehru Pact (or Delhi Pact), 1950 which was centred around protecting the religious minorities in India and Pakistan. Shah claimed that India was not only successful in protecting its religious minorities but also in helping them flourish. On the other hand, he claimed that Pakistan failed to abide by the Delhi Pact. Hence, it becomes the responsibility of the Indian government to protect the ‘persecuted’ religious minorities from these three neighbouring countries.

What the opposition claims?

The Act has been criticised by several sections of the society, including people from both political as well as non-political ethos. They claim that the Act is highly discriminatory on the ground of religion, particularly to the Muslims. Recently, the office of the United Nations High Commissioner for Human Rights called the Act ‘fundamentally discriminatory’.  Moreover, there has been an addition to the woes of the Muslims by the process of NRC. Many believe that the NRC will be used to eliminate Muslims from the country, since many of them might not be able to present the documents required to prove their citizenship, thus making them second class citizens in their own country.

What the law says about the Act?

In the opinion of some experts, CAA is discriminatory and hence inconsistent of Article 14 (Equality before law) and Article 15 (prohibition of discrimination on specific grounds) of the Constitution of India. In contrast, the government claims that under Article 11 of the Indian Constitution, the Parliament has the authority to regulate the right of citizenship. Moreover, several experts believe that Article 14 and 15 are not absolute but qualified, therefore stating CAA as constitutional.

Currently, there are several petitions pending before the Supreme Court of India challenging the constitutionality of the CAA. The apex court will hear the pleas of the petitioners regarding CAA on the 22nd of January.