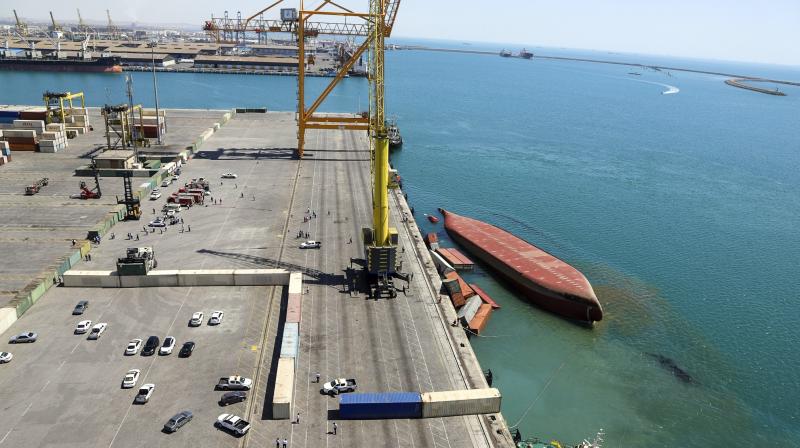 What do Hambantota port in Sri Lanka, Doraleh port in Djibouti or Kyaukpyu port in Myanmar have in common? From Asia to Africa, China’s strategic operations and development in the Indo-Pacific zone is not clandestine anymore. China invests in the relatively economically weaker countries such as Pakistan, Myanmar and the problem starts when the countries receiving the funding are unable to pay back the loan and get caught in Chinese debt trap. 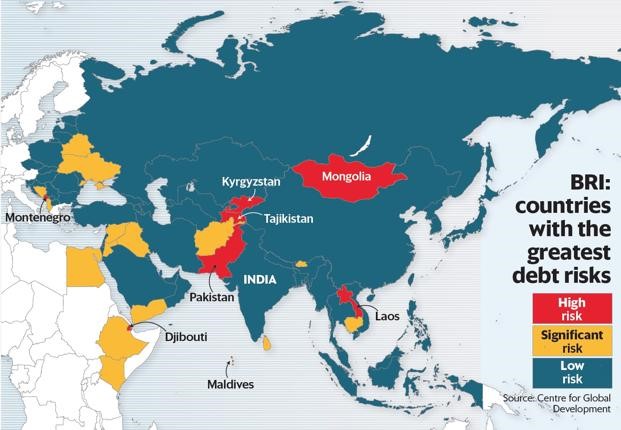 The most recent example in this context is Hambantota port of Sri Lanka, where the facilities at the port have been leased out to China for 99 years. Besides this, even Doraleh port, Gwadar port, they all are now part of Chinese expansionary policies.

So, where does this stop? Can one nation get to have it say in one of the most populated and resourceful region of the world?

There have been multiple attempts to counter the China’s intentions of gaining huge presence in the region. In this context, India has been quite exemplary and has started to strengthen its presence in the area. That said, it’s not a recently established thing. Be it the Imperial Cholas with their grand naval conquests or the Marakkar Navy under Zamorins, Indians have been successful in maintaining a robust navy— a testament of Indian maritime presence in the Indian Ocean since the 10th C.E.

India has ties with all the major regional players and its long tradition of “strategic autonomy” is likely to see the status quo maintained. Where on one hand, China invests to gain dominance, India develops as a part of Defense Corporation. 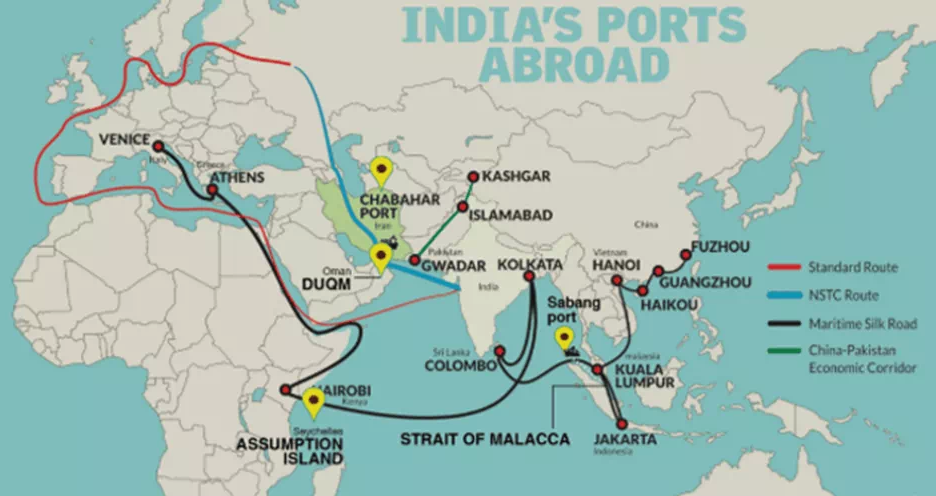 India recently got military access to Indonesia’s Sabang Port, which allows India to conduct trade without using Strait of Malacca, which at the same time, is also directed at enhancing maritime connectivity as part of respective Indo- Pacific strategies.

Alongside this, India has a strategic port in Iran, “Chabahar port”, which lies just about 72 kms away from Gwadar port in Pakistan. The same Gwadar port which allows China to access the Indian Ocean.

Duqm port in Oman, Assumption Island in Seychelles, etc., are all part of India’s counter strategy, aimed at balancing power in the Indo- Pacific region.

China’s authoritative tone is quite prominent in the South China Sea and with the news of China’s artificial island-building project, the world is now more vigilant than ever. Therefore, to counter China’s aggressive debt-trap policy, strong nations in the region, such as India, Japan, USA and Australia have joined hands to form “The Quad”. Together they conduct military exercises in ASEAN countries, giving these countries much needed support in the region.

India and ASEAN nations already have a free trade agreement in place. India already has historic links with nations like Vietnam, Combodia. Even India’s recent “Act East Policy” is formulated to give impetus to Eastern region. Hence, good logistics agreement especially with Japan and USA at its side, has turned the tide towards India- one of the current regional leaders.

So, does this put an end to China’s zeal to build “String of pearls”, strengthened by the Belt and Road Initiative (BRI)? Probably not! Touted as an economic development, China is racing to increase its influence and reach in the Indo-Pacific region. However, it’s only a partnership of major powers that can stop the Chinese from trying to extend dominance in the South China Sea and beyond to the Indian Ocean region.

Though Indian defence outlook post- Independence has been centered on its land borders — owing to fragile borders with Pakistan, China and Bangladesh, where Pakistani Jihadi and separatist elements are on an ever-expanding track.

There has been a requirement for India to increase its defence spending, to speed up its naval forces up gradation, building strong relations with South China Sea countries and win over island states in Indian Ocean. If the deficit dives any deeper, the big gainers would certainly be the Chinese.