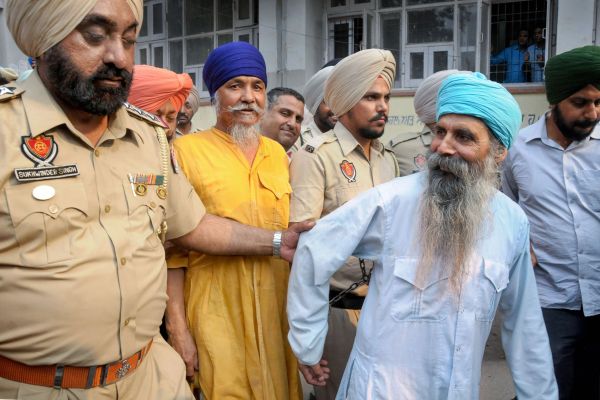 In association with the Khalistan terror module, four terrorists have been arrested by Punjab police on Sunday. According to the statement issued by Punjab Chief Minister’s Office, the module belongs to the revived Khalistan Zindabad Force (KZF). The miscreants, as per police intelligence, were planning terror strikes in Punjab, Jammu and Kashmir, and other regions of India. The accused arrested have also confessed to the task being given to them by Sikhs for Justice, as per      India Today.

In what is usually called a peaceful movement, news like these have always been afloat. Be it the Kanishka bombing on June 23, 1985 killing 329 passengers on board, or this present-day busted terror module, these activities by Sikh militants have given an indication towards the demand for Khalistan having violent undertones. Moreover, this terror module bust has come at the time of the mega event of Howdy Modi Rally in Houston, Texas in the United States of America; a parallel happening, on September 22, 2019 in India.

The cache of arms – five AK-47 rifles, pistols, satellite phones and hand grenades – that was seized from the terrorists has also raised multiple concerns about the availability of weaponry to militants. It also raises serious concerns about the extent of damage their activities could have done, had they succeeded in their motives. The initial investigation has also brought to surface that the weapons were smuggled using drones from across the border, which is a rather shocking revelation.

Alongside, an increase in the activities being done by Sikhs for Justice (SFJ) in the United States of America, Canada and the United Kingdom is also visible. While there are rallies and conferences being held for the alleged Khalistan Referendum 2020 campaign by SFJ, multiple positive moves towards the Sikh community have been taken by the Indian government?

The removal of 312 Sikhs from the list of foreign nationals, who could not visit India, just ahead of the 550th birthday of Guru Nanak Dev, is one of them. The Howdy Modi rally held in Houston also witnessed a delegation of 50 Sikhs from USA who thanked the Indian Prime Minister for allowing the Sikhs to return to their homeland on an occasion as auspicious as this one.

Gurinder Singh Khalsa, who was part of the delegation, said, “We urged the prime minister to provide visa and passport services to the Sikh political asylees. This is important for the large Sikh community living in the US to visit India in a year when we are celebrating 550th birth anniversary of Guru Nanak Dev ji.”

With thousands of innocent Sikhs losing their lives in the past, to present day Referendum 2020 campaign, the idea of division has only brought losses to the community. Now, the convergence of a select few Khalistanis and Kashmiris settled abroad has brought a situation so tense that the majority of both the communities who want a peaceful future are at the stake of their identities being ruined internationally. On one side are the activities by SFJ which include hurling abuses at the Indian government, and on the other hand are the terrorist outfits like KZF, Babbar Khalsa among others, who have been killing in the name of peaceful Khalistan Referendum 2020 movement, and are now targeting Kashmir for fulfilling their agendas.

India Needs A Data Intelligence Based Strategy To Avert 26/11 Kind...