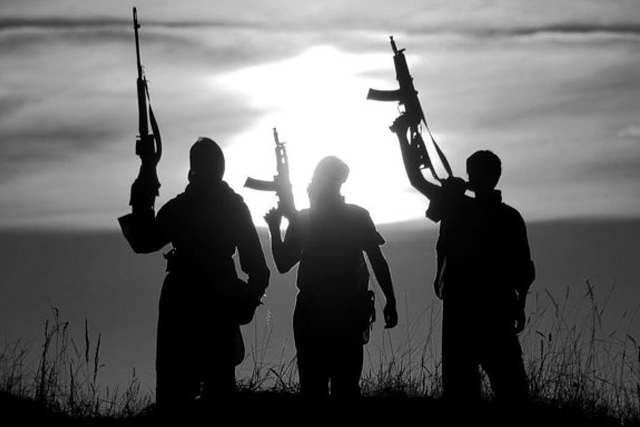 Soon after the news of a 17-year-old girl being rescued by security forces in Delhi, came a rather shocking revelation. The girl’s family was asked by militants to falsely accuse the armed forces for kidnapping the girl, who was allegedly abducted from Reasi district in Jammu and Kashmir last year.

The kidnapper, 28-year-old Naimuddin Ansari, who hails from West Champaran district in Biharwas arrested by an SIT of Jammu’s Crime Branch from Dabri Sagarpur, Delhi. However, the blame that was put on the army men stationed in the region, tells a tale about the misery of the soldiers who are at the wrath of misinformed residents in the valley.

Similar to this case, false information, in its entirety, has always been the biggest enemy in Kashmir. The militants, who enter the region from Pakistan taking advantage of the dense forests across the borders, have been at the focal point of spreading deceitful news, keeping the tensions alive.

The presence ofvarious militant outfits such as Jaish-e-Mohammad (JeM), Lashkar-e-Taiba (LeT), among others in Kashmir, points towards the roots of the disturbance in Pakistan. With known militant training centers in Balakot, etc., and close activity of terrorists with Inter-Services Intelligence (ISI), that has been covered by multiple news agencies in the past as well, it sure does bring a behind-the-scenes picture to the forefront.

What is usually visible to the naked eye are images and videos of the Indian armed forces being showcased at fault. With nothing concrete available, every doctored message is spread in the name of the Army misusing the Armed Forces (Special Powers) Act. The idea and the projection being dispersed by militants have so far kept the truth away, while instigating innocent Kashmiri people using easily available platforms such as Facebook and WhatsApp.

Further strengthening the doubts of Kashmir being in conflict because of Pakistan is the latest news of Jaish-e-Mohammad’s chief Masood Azhar being released from protective custody, according to the Intelligence Bureau. After India abrogated Article 370 in Kashmir, this is one of the many attempts apart from starting a cyber-war, that outline the activities being planned by Pakistan to disrupt the peace in Kashmir and other parts of India.

It is these proceedings, glorified in the name of Jihad and liberation, combined with fake information spread by Pakistan based militant groups that have been the reason for Kashmir following a false narrative. Taking advantage of the situation, the youth is being diverted towards militancy against the very armed forces who primarily have been stationed to protect them from infiltrators. A very delicate line between trust and religion is being used to propagate the idea of war, keeping the conflict alive in Kashmir.

But who strategizes the misinformation campaign led by militants in the region is quite predictable!