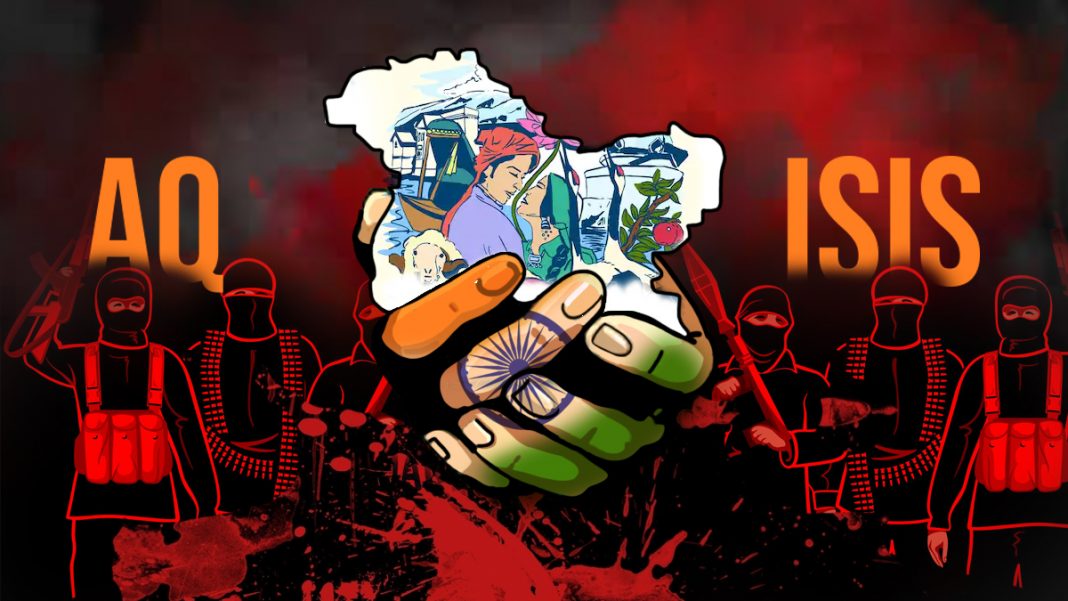 The removal of special status of Jammu and Kashmir, one of the most talked about international disputes became a burning topic with its implementation on August 5, 2019. The move brought along compliments and comments from both national and international community, support was demonstrated, allegations were made, and the Parliament tables were beaten both in appreciation and discord. But, there was more attached to the removal of Article 370 than just popular opinions. However, what triggered the sudden controversial stance of the government is still a mystery.

Perhaps, a major concern that always lingered in Kashmir was the security of the region. With terrorist activities increasing both in numbers and amplitude, and regular infiltration of militants from Pakistan through fragile and disputed boundaries, the tension was heightening. Further, even after taking down the top leadership of outfits like Jaish-e-Mohammed, Lashkar-e-Taiba and Hizbul Mujahideen, the continuous influx of plentiful funds through drugs and hawala kept the valley echoing with gunshots and wounds. Feeding on political instability, the activities of terrorist organizations were not only affecting India, but the entire Asian subcontinent as a whole. In such a scenario, the abolishment of Article 370 by the Center can be considered a welcome move, which holds the power to prevent the creation of another Pakistan in Kashmir, losing its youth entirely to terror and violence.

With more than 7 decades of history backing a few alterations here and there by the past governments, the decision to finally remove Article 370 came after much deliberation. Although Congress made a few amendments in the article in 1952 and 1962, but a concrete action was needed to bring Jammu and Kashmir under the Indian umbrella to pluck out the security concerns enveloping the region. What further drove the cause was the exploitation of Indian democracy and special rights under the Article 370 by global terrorist outfits. A myopic vision with narrow political agendas would have kept the conflict alive for years to come, if the footprints of global terrorist organizations present in the valley would not have been paid attention to. Additionally, slow and steady seeping of terrorism in the Indian soil would have meant the development of a base in South Asia, bringing the entire continent under threat.

What adds to the governments’ security apprehensions is the withdrawal of US troops from Afghanistan. With Kashmir being disputed and witnessing a definition of Islam in the name of Jihad, it is possible that the terror groups active in Afghanistan would try and take advantage of the ongoing conflict. The recent video by Al-Qaeda Chief Ayman al-Zawahiri where he talks about Jihad in Kashmir is proof enough of the broader picture that terrorist outfits like Al-Qaeda want to paint in the future. The heroic celebration of Zakir Musa, the slain militant leader of Ansar Ghazwa-ul-Hind (AGH), the Indian wing of Al-Qaeda International, tells where the delusional youths of Kashmir valley are being led by these organizations. A single successful establishment of terrorists in India would have meant the start of a chain reaction in South Asia, proving to be fatal for the continent that has so far successfully managed to keep terrorist activities at bay.

With Pakistan at the center of Kashmir conflict, the addition of militant groups like Islamic State of Iraq and Syria (ISIS) and Al-Qaeda from the Middle-East is another concern that adds fuel to the fire. The farsightedness at the center of the decision by the union government shows India’s promptness towards solving global terrorism challenges in the subcontinent. The infiltration of terrorists from across the border is a problem India has been dealing with for the past 7 decades, and with international terrorist organizations looking to further degrade the situation in the Asian subcontinent throughout, this is what the need of the hour was.

Let’s close our eyes and assume what would have happened if J&K would have become a global terror hub and perhaps we will get the answer to the mystery of scrapping Article 370.