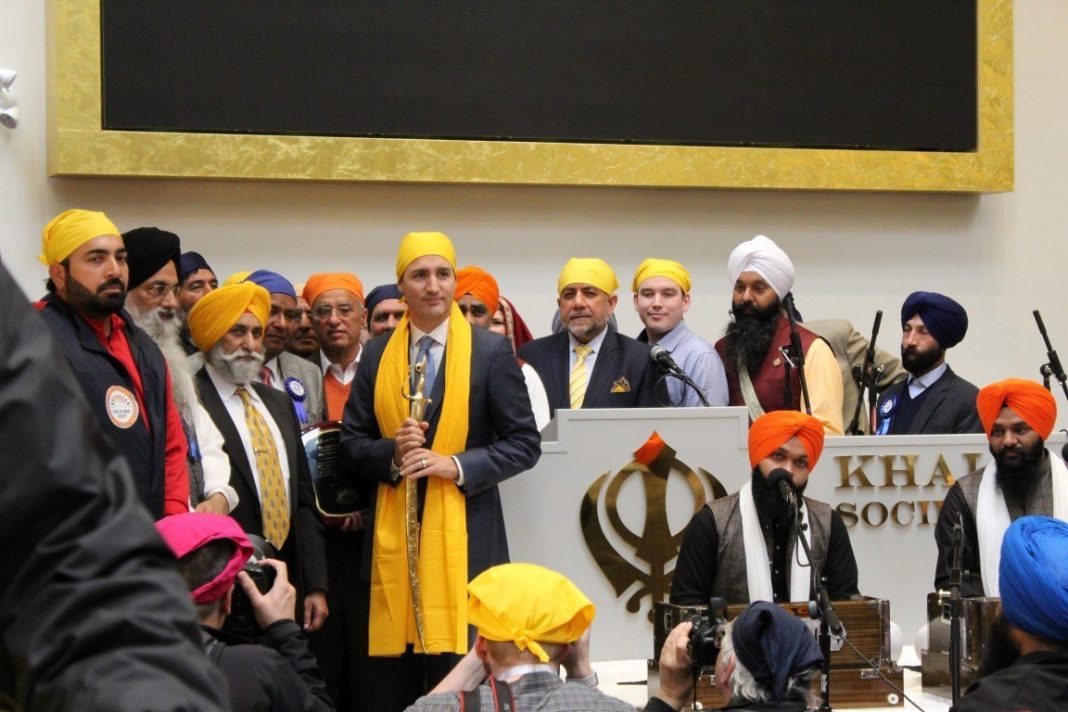 The love for the Sikh religion showcased by Canadian Prime Minister Justin Trudeau when visiting the Vaisakhi parade organized by the Khalasa Diwan Society is worthy of praise. This however, coming at a very strategic time, after the removal of ‘Sikh Extremism’ from Canada’s 2018 report on terrorist threats, makes it a watchful measure. 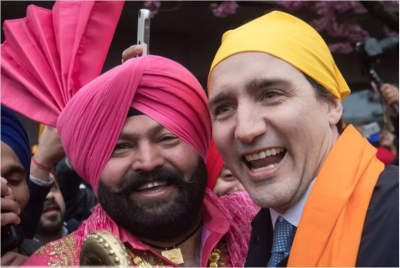 In what is being purported as a politically inclined move, the removal of eight references to ‘Sikh Extremism’ and six mentions of Khalistan, has come after the alleged threats of facing consequences to the Liberal Party in the upcoming 2019 elections.

While Trudeau was all praises and said, “As we celebrate Vaisakhi, let us also celebrate all the incredible contributions of this community,” during his post-rally speech, his moves have invited friction from many who do not comply with the removal of the term ‘Sikh Extremism’. Quoting references from history, counterparties are asking questions about the Air India flight 182 bombings that happened on June 23, 1985 conceived by Canadian Sikh terrorists, among other instances.

What makes one more skeptical is the appointment of Hardeep Singh Nijjar, a wanted Khalistani terrorist, in Sikhs for Justice – a so called human rights advocacy group known for their separatist ideology. The lack of action by the Trudeau government even after receiving Nijjar’s name in the report shared with him in Amritsar in February 2018, has posed serious questions about its intentions.

Sikhs, who roughly make for 1.4 per cent of the Canadian populace, have had an evident role in politics and other important state matters over the course of time. The influential rise of NDP leader Jagmeet Singh and the presence of four Sikh ministers in Trudeau’s convoy during his visit to India are clear examples of the community’s stronghold in the country.

Trudeau, during his speech at Vancouver’s Ross Street Gurdwara, mentioned that Sikhs have helped to build Canada for more than 120 years, and there are now Sikh entrepreneurs, politicians, leaders, and artists in every field. He further spoke about the values – equality and social justice – which make Canada stronger.

Having said that, the Prime Minister’s presence at the rally, just after the replacement of ‘Sikh Extremism’ with “extremists who support violent means to establish an independent state within India,” gives an idea more than one behind the move. Is it just a gesture that keeps accord with the fact that the entire Sikh community cannot be ruled out as terrorists, or, has this been done keeping in mind the elections that are to follow? Also, the inclusion of ‘Sikh Extremism’, a further lack of evidence to prove it, and then the exclusion after a brief period of nearly 5 months, could be classified as a political move to win the community’s trust.

Drawing flak from the entire Sikh community, both within and outside Canada, since the release of the report in December 2018, the Liberal government had no choice but to comply with the demand of changing the language. Both the reasons backing the upcoming federal elections however, one – the alleged threats to Liberals of consequences for the inclusion of ‘Sikh Extremism’ in the 2018 report, and two – the need to win back Sikh emotions for a successful election result, cannot be ruled out.