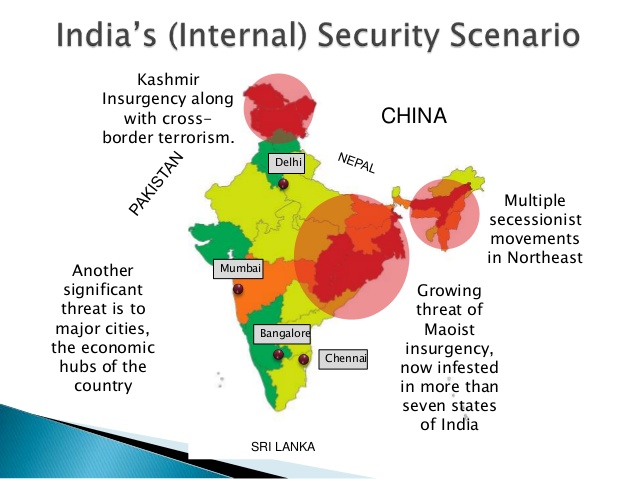 In the last few years, the home ministry has put forth a bold stand in handling the significant insurgencies in the country. The security forces, instead of taking a restrained approach, had been supported to make a counter offensive position in insurgency-hit regions such as Jammu and Kashmir, North-East and Naxalite hit regions.

Large-scale operations in the valley and Naxalite hit regions have been executed for eliminating extremist tendencies from the soil. Such activity though has proved successful in a handful of terrorists but also at the same time ignited a wave of powerful retaliation from the militants.

Reports suggest that the encounter of Hizbul Mujahideen commander Burhan Wani had led to spurge of recruitments in the valley, especially within 10 km of the residences of killed militants or encounter sites. Also, these recruitments seem like an impact.

The collateral damage caused at these encounter sites has further fuelled the agitations. Also, proposed changes in Article 35-A and Article 370 had created protests in the valley.

Given the mentioned chain of events, it is quite evident that, though India has taken a stern stand not to tolerate any form of anti-national activity in the states and on the border, it has also made itself venerable for retaliatory attacks from anti-national elements. With India approaching towards its 72nd Independence Day, makes it the most provocative occasion of such an attack to shatter our national confidence.

A new control room, armed with over 5,000 CCTVs and other smart tools, has recently been commissioned for the CISF and it will help us in better monitoring operations at stations under its surveillance cover. Special teams of mufti-wearing intelligence and passenger profiling sleuths have been deployed at various stations, and they have been asked to keep an eye on a few stations by continuously moving between them, another official said on the condition of anonymity.

With the ongoing internal security preparations for the glorious day, it is essential that we also aim at having the emergency team taking quick security measures at a time of any mass attack. It is vital that we seek at comprehensive internal security in the context of both precaution and countermeasures in the light of potential security threats.

Special Security Forces Like CRPF Must Be Well Equipped with Technical...