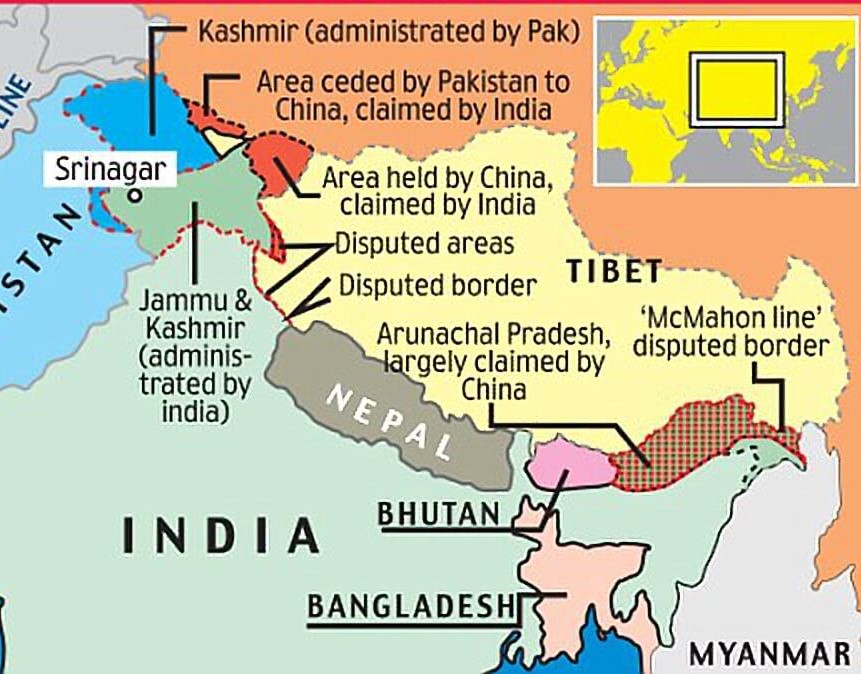 Internal security of any country is largely dependent on how it manages cross border security challenges. For countries like India it becomes all the more challenging given the historical factors that have shaped the geo-political relations of the country with its immediate neighbours.

India shares about 15,000-km-long land border with its neighbouring countries including China. With rising extremist and illegal activities in the region, security and law enforcement in border region has faced severe blows.
As per data compiled and shared by Ministry of Home Affairs, criminal activities along international borders with Pakistan, Bangladesh, Bhutan, Nepal and Myanmar has witnessed a consistent in the last three years. Instances of cross-border smuggling of arms, drugs and cattle increased from a total of 19,537 in 2015 to 31,593 in 2017.
The 15000 km long international border of India is guarded by different frontier guarding forces working under the command of home ministry.

According to the data, as many as 1,501 smugglers were arrested in 2015 that went up to 1,893 in 2016 and to 2,299 during last year though a major chunk was reported from along Indo-Bangladesh border and 3,000-km long India-China border did not report any such instances there are rising tensions in the northern border region especially Jammu and Kashmir.

The recent reports from Jammu and Kashmir indicates that there are organised syndicates that are working in the region to fund and support radical moment in the valley. For instance, Shamsul Haq Mengnoo, younder brother of an IPS officer, went viral in J&K after the Hizb released pictures of about a dozen new recruits on social media yesterday, to coincide with the death anniversary of its slain commander, Burhan Wani.

The rising illegal activities along the border gives a limited view of the undercurrents that are been instigated from hostile borders including PoK and Bangladesh. Apart from illegal activates the network is apparently working on providing logistics to the extremist elements inside the region as well as infiltrating them.

In order to look at a prospect of comprehensive border security, it is important that we do not view illegal activities and border security separately. It is important that we are able to connect the dots for which we require a well-coordinated data analysis and intelligence network between the border security forces and police officials. The rising numbers of illegal activates along the internal borders and violent disruptions in the territory of Jammu and Kashmir certainly have something to do with destabilising peace and security. Hence we need to develop a much more interactive and Intel sharing