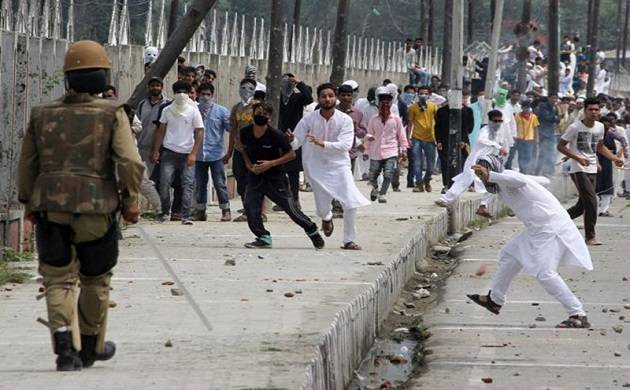 Jammu and Kashmir, since last seven decades had suffered at the hands of military handling, given the insurgency. The people of Jammu and Kashmir, that are still to develop economically, have been deprived of their basic political and social rights.

Being a controversial provincial unit, India sticks its neck around the fact that Jammu and Kashmir is its territory, which is then strongly opposed by Pakistan and its military forces. The opposition raised by Pakistan and the state of faulty elections in the region have generated both a dissent and demand for self-determination in the initial years of 1960s. Since then Kashmir had become a battle ground for proxy war launched by Pakistani backed extremist elements leading to consistent struggle between Indian security forces and extremist elements.

It will be incorrect to suggest that the report may not have any element of truth. In fact, there may have been instances wherein there would have been a tough situations where civilians may have suffered due to hard-line security operations launched against extremist elements in case of Indian administered Kashmir. But at the same time we cannot ignore the fact that apart from being a controversial provincial unit the region is also an important component of National security. Any country apart from India would also have taken the same approach to handle the security challenges in a similar fashion.

The wave of radicalisation flowing in and through the region and rest of the country had widely proven in various instances to be instigated and supported by Pakistan ISI. At various occasions, relation of top Pakistani ISIS officials have been connected to extremist and separatist groups operational in Jammu and Kashmir. Going by the validated reports, Inter-Services Intelligence of Pakistan has been accused by India of supporting and training mujahedeen in Jammu and Kashmir. In 2015, former President of Pakistan Pervez Musharraf admitted that Pakistan had supported and trained insurgent groups in the 1990s and very recently also Mr. Musharaaf came up in an open support for Hafiz Saeed’s, the mastermind of Mumbai attacks, 2008. In 2011, even the Federal Bureau of Investigation admitted in US court that Inter-Services Intelligence (ISI) sponsors terrorism in Kashmir and it oversees terrorist separatist groups in Kashmir.

As per intricate investigation launched by National Investigation Agency of India, it was identified that funds are been generated in Dubai and Saudi Arabia are regularly been directed to Hawala conduits in India and ISI officials based in Rawalpindi to support separatist moment in the region. There have been numerous validated accounts wherein the ISI connection is established in both supporting and instigating extremist moments in Jammu and Kashmir. Moreover, the pressure groups in the region are also been influenced to disagree on any constructive dialogues for peace in the region as it serves their masters agenda back in Pakistan.

In this scenario, it is becoming extremely difficult for Indian security forces to maintain a balanced civil dealing as it is more of a do or die situation for them. The recent attacks on security forces and stone palters are also been scripted by Pakistan to sought its own purpose of projecting Indian security forces in a bad light on world forum.
Neither security forces in the region feel any pride nor is comfort to be serving in such a complex insecure environment nor do the government of India looking forward to exploit the civilians and destabilise governance with everyday rising security expenses in the region. Indian counterpart is all for peace, stability and national security. But the barriers that nullifies it attempts to do so is extremist forces backed by Pakistan. So if the international community is really interested in addressing the human rights violations. They cannot and must not ignore the role of Pakistan in keeping the insurgency alive for decades.