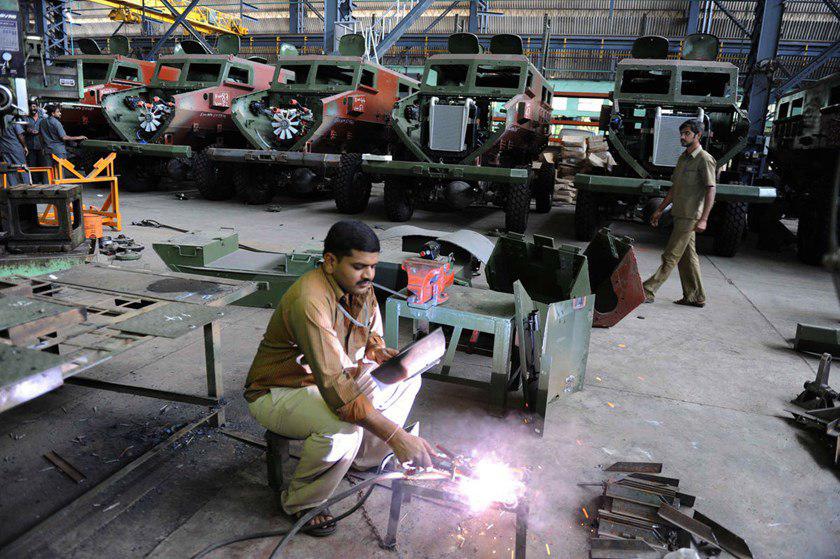 The government of the day has been taking important steps to build up supply chain based on indigenisation of defence sector. Private sector, for long has been barred from entering the defence sector which has proved to be a great set-back to the defence procurement. Since we are still to take off from the ground in context to deliverables there are various challenges we must take account of.

The Indian defence industry for a long time has witnessed policy, structural and even to an extent cultural reforms that have led to lack of capability building.

Today, India stands as one of the largest arms importer in the world. However this is not primarily due to lack of willingness instead it had been a part of evolving defence industrial policy which had been based on learning with experiments. Make in India for defence has been based on the principled policy of Strategic Partnership, Developmental Partnership and Competitive Partnership.

Furthermore, with aim to modernise defence forces at par with global powers Indian government is now also looking forward to empower its indigenised weapon system with Artificial Intelligence (AI) technology. Though a comprehensive strategy for it is still to be drafted by the multi-stakeholder taskforce appointed in February.

However it is important that we take a note of challenges that has been surfaced in executing the strategic partnership in both indenisation and modernisation of defence forces.

The much-awaited new Defence Procurement Policy (DDP) has taken the stage however the tenders and the complexity of strategic partnership still needs a consistent overall. As we are in the process of developing our foundations it is important that regular feedback and research is been taken to enhance the deliverable of the strategic partnership.

Though a special category is been created by the government under the new DDP for Indian industry as Buy (Indian), Buy & Make (India) and Make there is still a fight with the perception on quality. Defence procurement is largely dependent on the expertise of decision makers. Since for long we been addicted to importing arms we expect the same quality from the indigenisation which may take some more time and hence the domestic defence industry faces a set-back in terms of motivation. Government needs to take a note of cushioning the technological and knowledge transfer from foreign companies especially in case of Small and Medium Enterprises .Unlike companies like Tata Group and Adani these SMEs need more support in terms of subsidy and even facilitation of building credibility for knowledge transfer.

Investment and budget is proving to be one of the major concerns recently given the deficit in capital investments. It is important that we work closely on cost optimisation by injecting healthy domestic and international competition.

And last but not the least there is also a need to develop and retain our human resource capital in order to make required progress in research and development. This is the most crucial stage of developing our defence industry and hence it is important that we simultaneously work on developing the required human resource in order to meet the near future and far future requirements.

Hence, there is need to develop consistent feedback and evaluation mechanism in order to understand the developmental hurdles faced by the contemporary public-private partnership in defence industry.