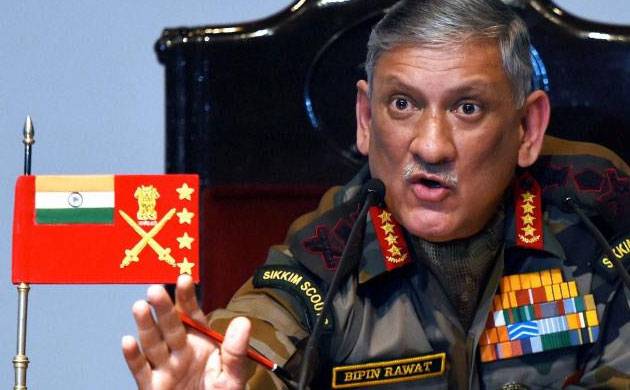 Ever since the Army Chief, General Bipin Rawat, raised his concern towards the disappointing defence budget, there has been much discussion on identifying the areas of deficit and finding a way out.
As per Gen. Rawat, “Economic development and military modernisation must go hand-in-hand.” Just like China.
Speaking to The Voice of Nation, retired Col. K.K. Singh explained that finances of defence, like any other functioning organisation, are based on capital “used for modernisation and purchase of new weapons and other systems to keep the Army’s war-fighting capabilities at par with its adversaries” and revenue expenditure, “for upkeep and sustenance of equipment, manpower and daily running expenses of the organisation.”

But is equipping the armed forces with modernised weapons enough to ensure our preparedness at the warfront?

As per the 41st report issued by the Standing Committee on Defence, headed by Maj Gen (retd) B.C Khanduri, the budget of Rs 21,338 crore allocated for modernisation was not sufficient to meet the needs of armed forces. The report also pointed out that the rise in defence budget this fiscal year by 7% is too less to cope up with the security demands of the country.

Mr Singh pointed out: “The impact of inadequate Capital Budget will be seen in the long-term as the weapons and machinery, which is getting older, cannot be replaced in short time. Modernisation of defence fleet is a very costly and time consuming process.”
Moreover, compared to India ($45bn), adversaries like China ($175bn) spend considerable portion of GDP (2.5% – 3.6%) on Security & Modernisation of their Defence Forces (an increase of 7%).

Col. K. K Singh feels, “If India has to counter Chinese aggression (like Doklam), the military preparedness has to be complemented with Geo Political and Economic Strategy, although such a strategy can only be a temporary solution for containing the localised conflict situation. But in case of a major war-like scenario, the military preparedness and modernisation of defence forces will have the bearing on outcome.”

“In order to obviate the threat, a long-term growth of Defence Modernisation has to be planned and must coincide with growth of the nation and its larger strategic interests.”

In fact, it is not just the allocation of defence budget, but also its customised optimal allocation and the understanding of the strategic needs of the security environment to deter a security threat. China is already preparing to fight a proxy war against India and is working on its surveillance channels, both overtly and covertly.

China is an intelligent opponent and we can learn a lot for our own benefit. We need to proactively maintain an intelligence circle around the country with the help of equipping and training armed forces professionals.

Today, security forces are working with advanced technologies in the field of intelligence. However, it will take its due time for security personnel to effectively tune up. A certain amount of dedicated funds needs to be reserved for that.

We need to increase the percentage of GDP allotted to Defence, may be not annually, but at least every alternate year for a start. Simultaneously, prioritising the allocation of funds more on capital side than the revenue side, with a focus on upgrading both technological and human capabilities, is also critical.