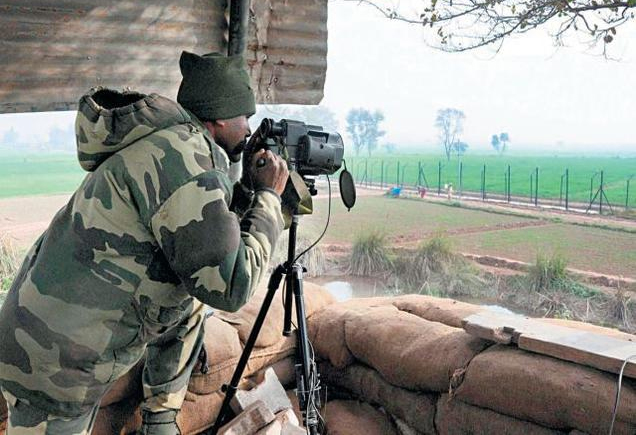 The demand is grounded on the fact that there has been intelligence vacuum leading to loss of security personals and challenged the security situation, like recent attacks in Sukma district, Sunjuwan Army Camp and Post Sophian Encounter Violence.

As per the statement given by Home Minister Rajnath Singh at 79th Anniversary of CRPF, Naxalisim is on its last leg and that is the reason for their desperate “cowardly” attacks. Even we consider it to be true security, forces have suffered setbacks at various instances, especially dealing with Naxalites due to the Intel gap and radicalised youth in Kashmir region.

As diplomats expressed in the recently held NAM summit and is quite evident from the stance of separatist leaders like Farroq Abdulla, Kashmir region is a soft spot of radicalisation moments led by Pakistani ISI. The recent encounter of 12 terrorists in Sophian region which is considered to be a major successful operation by the security forces, has raised major protests in the region by students. The anger is less based on the rational of killing of local youth involved in terror activates but more driven by “jihadi” led vision inspected by special propaganda units deployed by Pakistan both virtual and physical The denial of Pakistan to Indian proposal of fighting cross border terrorism collectively testifies the same.

Moving further considering the continuous attacks in Jammu and Kashmir led by LeT and JuD terrorists, including the most recent one at Sunjuwan Army camp raises similar concerns. As per reports Intelligence Agencies of central and western commandos obtained an audio tape in which Azhar is claiming to have taught a lesson to Indian Army. The noteworthy point is that certainly there would have been planning communications by Azhar that could have been tracked down if the forces would have had technical surveillance powers.

CISF, another special force had recently nodded to offer security consultancy to avert 26/11 kind terror attacks. Indeed, there is a need to overhaul strategy of countering such attacks, but it is equally important to build a preventive surveillance intelligence to avert such attacks.

26/11 Mumbai attacks too fall in the category of missed intelligence clues. As per an investigation report published by New York Times on December 21, 2014. Zafar Shah,30, year old computer expert, Laskar-E-Taiba chief and his fellow conspirators used Google Earth to map target cities by setting up an Internet Phone System to disguise his location by routing his calls through New Jersey, shortly before the attack. The report states that Zafar’ browsing track included searches for Jewish hostel and two luxury hotel in particular cities.

Learning from the tragic episodes from the past it is important that we design an Intel based strategy by not just giving technical surveillance powers to Special Security forces but also equipping and training them to connect dots of such malicious security threats. So as to prepare and avert them even before they take a tangible shape.