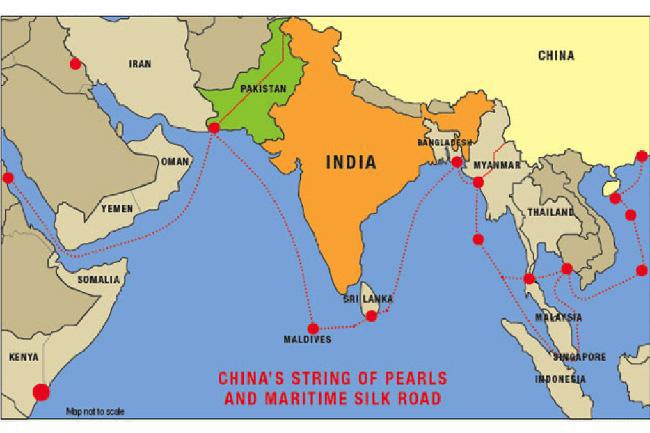 The geostrategic realities in the South and South East Asia have drawn much attention in the recent past. Much of it indicates India’s losing grip and China’s growing influence in the region.

Leaders of the 10 Association of Southeast Asian Nations (ASEAN) were in India recently for the 69th Republic Day celebrations. It was for the first time that India hosted more than one head of state or government as guest of honor. The fact that so many ASEAN leaders converged apparently reflected India’s increasing strategic profile and the strategic convergence between India and Southeast Asia. The two sides have grown a lot closer in the last decade, primarily driven by the China factor, but questions still remain as to whether India has the will and capacity to make a strategic difference in the region that was once up for grabs.

China’s systematic hard-line posturing, particularly with regard to the South China Sea, has forced Southeast Asia closer to India. Increasing numbers of security dialogues and political consultations are taking place.

But this still needs to be affected beyond the rhetoric.

Countries in the region are continuously submitting to the muscle and the economic power of China. If we analyse the rapidly rising footprint of China in the maritime terrain, it is quite evident that China is successfully realising its most realist strategy, which is to shift aside India and realise “China’s Dream”.

China has adopted the most fitting marine strategy propagated by American naval strategist, Alfred Thayer Mahan, who explained that “Control of the sea means predominant influence in the world; because however great the wealth product of the land, nothing facilitates the necessary exchanges as does the sea.”

For the same, it has been building and equipping its military bases to protect economic investments in various ports it has regularly been acquiring for trade purposes. China, though, understands that the international community, especially India, backed by the US and Japan, are beginning to identify its imperialistic tendencies and will employ every means to oppose China in its endeavours. This has made it extremely anxious. The One Belt One Road initiative is therefore a strategy to protect its economy by building up its diplomatic and military alignments, along with strengthening its control on Sea.

China, to its credit, realised much earlier that India is one of the most important players in the region and has the potential to thwart China’s hegemonic designs. It’s part of its strategy to try to isolate India in the reason.

The Chinese investment magnet has proven extremely strong in trapping South Asian littorals, including Maldives, Myanmar, Nepal, Pakistan, Bangladesh and Sri Lanka. India’s asymmetric relation with its South Asian neighbours has not helped our cause. What has also not helped is the fact the India has tagged a few of them as a threat to India’s national security. For instance, Abdulla Yameen, the President of Maldives, is considered to be a “Potential National Security Threat” by India’s maritime security experts. 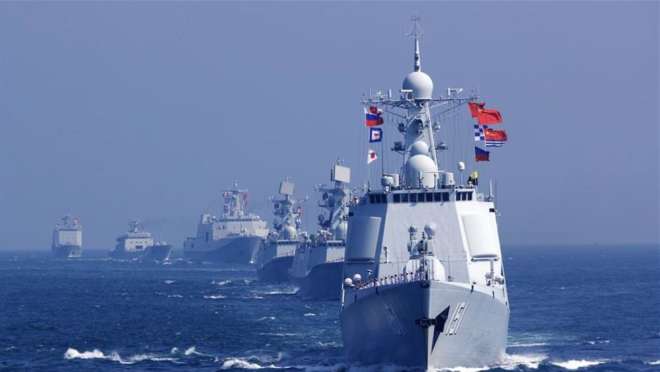 Admiral K. Raja Menon (Retd.), former Assistant Chief of Naval Staff, Indian Navy, during a panel discussion at the Observer Research Foundation, said that “Yameen should be replaced by utilising the Indian Naval Forces” as he is pawned by China and has challenged New Delhi’s authority by declaring emergency in the state. He said the 1986’s ‘operation cactus’ in Maldives should be replicated to regain India’s “sphere of influence” in the Island nation.

There are differing views, though. Indrani Bagchi, diplomatic editor, Times of India, pointed out that “It won’t take the Indian Navy too much to deter the Chinese, deny the Chinese access to Maldives or tap the area of the Indian Ocean. But the larger question is that what are we doing about the modernisation of navy and improving our own sphere of influence in both the Indian Ocean region and in the South Asian Littorals? And even if we tap Maldives, what next?”

Compared to China’ whopping $11 trillion GDP, India’s economy is only $2 trillion. We don’t have the wherewithal to lure them. Being ready for a full-fledged war is also not in our best interests strategically.

What we need is neither a hardcode military strategy nor a purely diplomatic one. We should not hesitate to replicate China’ diplomatic posture in the maritime terrain. Furthermore, South China Sea and the Indian Ocean should become focal areas for bolstering both diplomatic and military strengths to move ahead with a strong sea denial strategy.

China’s dual diplomatic and military strategy to contain India should be countered with the same strategy. The actual challenge does not lie in India’s potential to handle the security challenges, but to develop and act on diplomatic intelligence backed by military force.