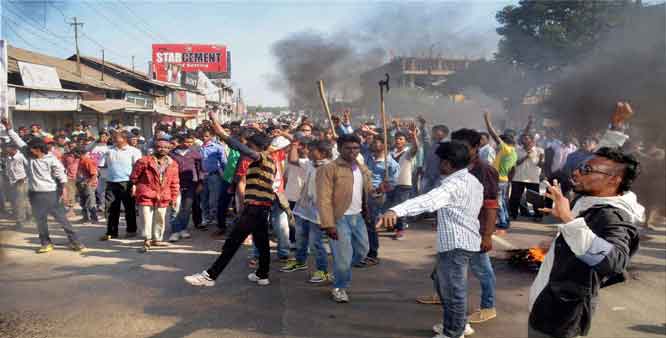 India is today one of the most promising, growth-oriented country that the world looks at with high expectations. However, it is also the same country, which is affected by variations of Fourth Generation Warfare (4GW) elements. The origin of these extremism elements enforcing the 4GW against India are historical and political decision-making post-independence and their continued existence, which is a consequence of a well-planned attack to destabilize India.

4GW is entirely different from the traditional security handle. It is more inclined toward the use of information, data and ideology to manipulate and mobilize our own people against the governance. As explained by Harold A. Gould & Franklin C. Spinney, it “enables the self-proclaimed victims of oppression to transform their alleged oppressors into victims”.

The strategy revolves around pushing the nation into a complex web of anti-national organizations and networks that include not only fundamentalist extremists but also organised criminals like, mafias and narco-traffickers. In a sum, it is a war against multiple channels of anti-national elements.

The first major challenge that the security forces are facing is, in terms of the arena. The anti-national elements have crossed the surface, diminishing the difference between a civilian and a threat.  The real war is countering the negative perception, which is incepted and created by the anti-national agencies inside and across the border to support perpetuation of variants such as, Naxalisim, Maoisim, North East Insurgency, separatist moments, Kashmir insurgency and even anti-development propaganda. 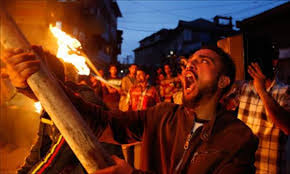 The second challenge is that though the evolutionary roots of the guerrilla warfare may have vested in the anti-state Marxist theories, it is building up in terms of supporting ideologies and monetary aid with the convergence of technologies, mobilities and miniaturized instrumentalities such as, smart phones.

The third challenge lies in time lag of inclusion process. Despite various efforts of the government to work on inclusion of these sections into mainstream, the process is bound to be time taking given the tug-of-war that they are stuck in, with anti-national agencies on one side and the government on the other.

The fourth challenge is identifying the network and channel of negative influencers that are functioning from various parts of the world and are playing the roles of various NGOs, other agencies posing to be an active participant of civil society. Almost all of these organizations work have one their ideologies and agendas.

The issue is that, more and more of these agencies fall into the category of influenced by extremist ideologies, religious propaganda and even covert business organizations. Instead of instilling confidence by welfare, they spread intellectual contamination against the government. The funding flows through complex external channels by external forces not easily traceable, which they capitalize on.

The above posed challenges need to deal by a systematic approach. We need to turn the table on dealing with such anti-national elements. We need to understand the objective and functioning of these anti-national agencies, for which we need to upgrade our human intelligence unit with the complementary analytics technologies.

As the battlefield is civil society itself, military power will not be a viable cure. We need to focus on getting the trust of people by backing up our argument with evidence.

The war needs to be played by counter agencies on ground that should be deployed with specific skillset to drain the negative perception. At the same time instead of going for common inclusive development programmes, we must focus on streamlining customized inclusive development programmes for the affected population. Only then will we be able to achieve the desired victory in this warfare.