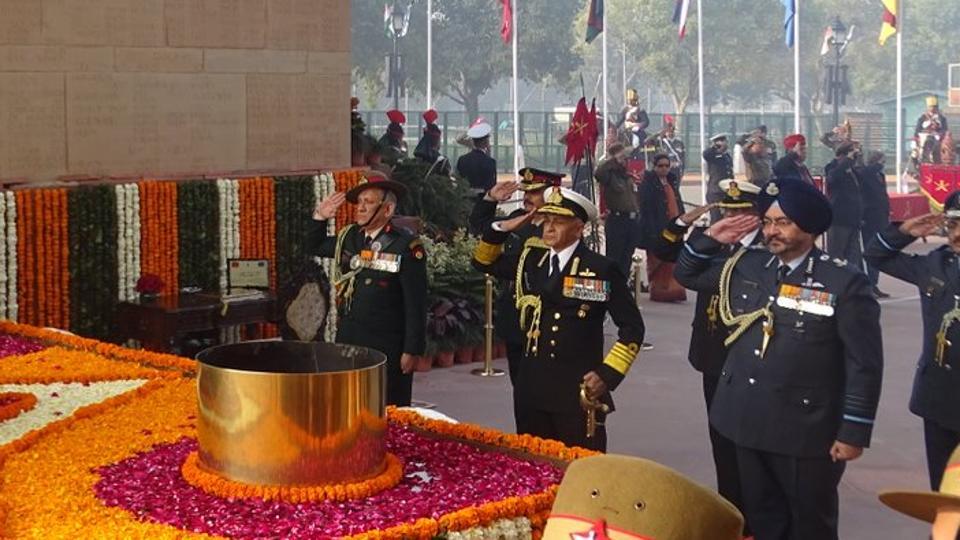 Today Indian Armed Forces with the entire Nation celebrated 70th Army Day. The day is been observed as a great sense of pride for Indians as on this day marked the formation day of Indian Armed forces, with the appointment of K.M. Cariappa as the first Commander-in-Chief of Indian Army in 1949.

President Ram Nath Kovind and Prime Minister Modi greeted army officers and troops stating that every citizen of the country has great trust and pride in Indian Army. Bout at this day it is important to retrospect that have we been able to reciprocate the same confidence to the heroes of our Nation?

Indian Army has been known to choose nation over everything else. It is this sentiment that drives them to stand courageously facing the enemy at the border. However over the 70 years a lot has changed from preferences to sentiments, testifies the statistics.

In 2015, reports registered one retirement  per day from Indian Armed forces in the previous three years and the largest number of retirements recorded to be were from Indian Army. As per a written response given by then Defence Minister Manohar Parikar to then BJP MP, Ramesh Pokhriyal Nishank there was a recorded shortage of over 11,000 personals by that year. As per recent reports the shortage has increased from 11,000 to 48, 500. The Indian Army again topping the list with 27000 vacancies.  Even if we consider that some 1000 personnel shortage is caused by viable reasons we still cannot justify the number with natural attrition as it still comes to 16000 vacancies.

The trend makes it obvious that the two major reason that lead to such shortage of personals is not just natural attrition but a problematic demotivation caused by some other factors that further lead to cross voluntary retirements over new joining.

As per statement given by Retired Lt General KK Khanna “Dissatisfaction simmers when officers are overlooked for promotion. There are fewer vacancies in the higher ranks, and only those high in merit have assured career progression. This sometimes nudges officers to quit and pursue something else.” He further stated that “Dissatisfaction, however, is not confined to the mid-level, colonel-rank officers. It is present even among higher levels,”

As per Retired Brigadier AN Acharya said: “The glory and charm of service in the armed forces has taken a hit for many reasons. Even if one were to retire as general, there are many things one loses out on, in the end. Those who still have time in their favour, at the middle of their careers, might opt for a corporate job or pursue education to re-skill themselves for entry into the service sector or business.”

As per statements given by senior Army officials it is quite evident that army personals at not getting enough confidence that they expect to be rewarded for their performances and since many of them are not able to support their basics  and growing family needs with the provided reparation consequently they tend to choose for other career option taking voluntary retirement. The pride that comes with the profession becomes secondary.

It is important for us to understand the factors that leads the personals and candidates for choosing other options than Army. As this is not just loss of resource but even loss of trained resources in which the country invested. Given the existing security breaches on the border resolving the core issues that is leading to attrition and low joining rate has become extremely worrisome.

Hence let us resolve to make our Army stronger at this Army Day by addressing concerns of those who live by concern for us.