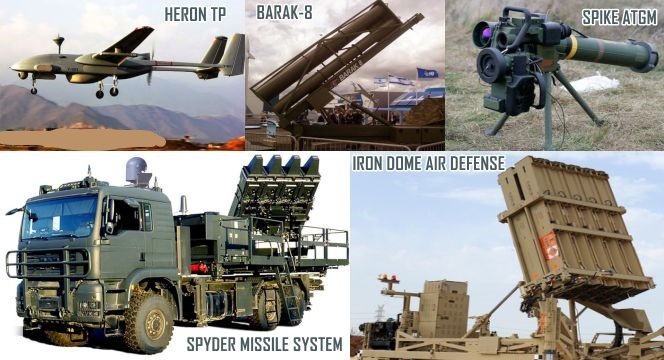 Indian defense has been closely associated with its Israeli counterpart for last 25 years given the fact that Israel has always extending a supporting hand to India. During various war crisis such as Fulfilling arms and ammunition at the time of 1962 war with China, Supplying weapons during the war with Pakistan in 1971, supplying weapons and support at the time of Kargil War 1999 and even fighting terrorism.

The strong military ties further paved the way for their multidimensional partnership in various sectors such as tourism, technology, agriculture and innovation that developed in the last four years. But can it prove to be a consistent partner for upgrading Indian defence?

Recently India has been trying to cut its dependency on foreign countries for its defence requirements by various partnership with western countries private firms for importing technology and boosting ‘Make in India’ campaign in defence sector. However the past experience has not been very rewarding given.

Given its experience with other foreign countries, it is now again looking for defence support from it all-weather defence ally Israel. Apparently the government will try to resume $500 million deal with Israel for Spike anti-tank weapons as a government-to-government pact that was cancelled in January 2017 given the diplomatic deadlock over Jerusalem.

The recent positivity shown on the planned second visit of Israeli Prime Minister and the recent statement by Israeli ambassador to India Daniel Carmon that India’s vote to recognise Jerusalem as the capital of the country is a diplomatic concern but that will not bilateral relations between the two countries, has raised hopes high in the field on ongoing deficit in defence given the increasing influence of China in the region.

Though it will be naïve to expect that Israel has been favouring India for some emotional long-term partnership. Like every country Israel is looking towards its national interest as India proves to be one the most important markets for its export-driven economy. India on the other hand needs an urgent upgrade of its defence capabilities to maintain a regional balance and keep China into deterrence.

Israel is known for its sophisticated defence capabilities with world-class defence equipment’s such as Delilah cruise missile designed to destroy moving targets, Tavor/Micro-Tavor assault rifles that can be shifted by user between semi-automatic and fully-automatic mode, Arrow 3 is an exoatmospheric anti-ballistic missile that can carry conventional, nuclear, chemical as well as biological warheads, Iron Dome missile defence system to name a few.

India has a lot to gain from its technological advancement if India instead of cracking an individual deals signs a pact with country for import of technology to foster its ‘Make in India’ campaign in defence sector.